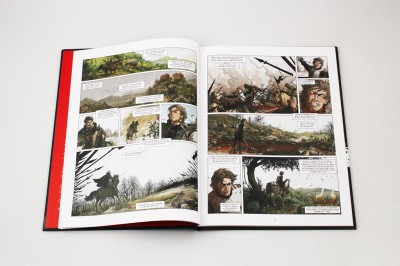 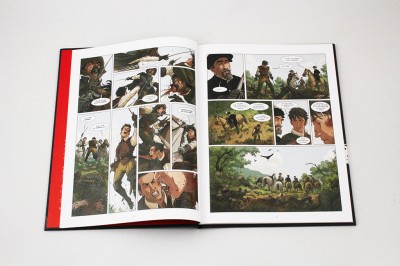 A FAMILY IN THE GRIP OF RELIGIOUS FANATICISM

A history of siblings in the 16th century played out against the backdrop of the Wars of Religion, this saga (of which this is the first volume) tells the tale of the radicalisation of two brothers who ultimately come to physical blows during the Saint Bartholomew’s Day massacre. In an age when extremist movements are resurfacing, revisiting the Wars of Religion assumes a particular resonance. Observing the origins of the events on Saint Bartholomew’s Day reveals the similarities between that historical crisis and the bloody crisis which is unfolding today.

A HISTORICAL, POLITICAL AND SOCIAL SAGA

Fanaticism, stoked by the political interests of the powerful, the economic interests of the bourgeois and the social interests of the people, deprives the populace of all common sense, prompting it to act without restraint and with unprecedented violence. Relationships between the family members increasingly turn poisonous, with opposing religious ideals trumping extensive family bonds and ultimately resulting in a sectarian schism and indiscriminate violence.

Pierre Boisserie has been writing comic books since 1999, when he published the first volume of La Croix de Cazenac (Dargaud). Since then he has authored over 70 albums, including Dantès and La Banque (Dargaud).

Born in 1959, Éric Stalner started out drawing with his brother Jean-Marc (Le Boche and Le Fer et le Feu, Glénat). In 1999 he began working with Pierre Boisserie on La Croix de Cazenac. On his own, he also published Le Roman de Malemort. In 2004 Blues 46 was published, co-written with Laurent Moënard (Dargaud) and in 2010 he returned with the solo effort La Zone, a science fiction fable. He also produced the six volumes of Ils étaient dix, published by 12 bis. Between 2013 and 2014, he created the three volumes of the fantasy series Vito, published by Glénat.