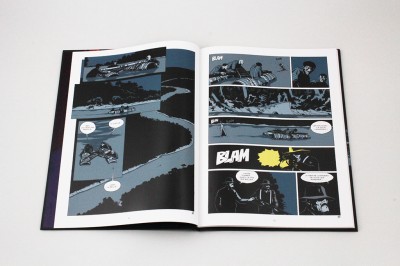 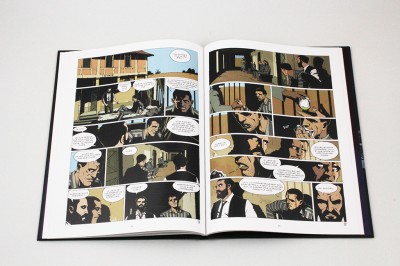 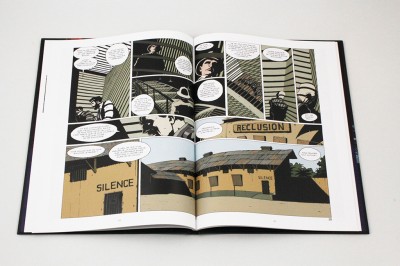 VOLUME 1: INTO THE HELL OF THE PENAL COLONY

THE COMBAT OF ONE MAN AGAINST THE PENAL COLONY
In 1912, Eugène Dieudonné was falsely accused of being the fourth man involved in an armed robbery at the Société générale bank in Paris and was transported to a penal colony for life. He served his sentence in French Guiana, initially on the Islands of Salvation, then in Cayenne and finally in Saint-Laurent-du-Maroni. After several failed attempts, he finally managed to escape in 1926 and found refuge in Brazil.

In 1923, Albert Londres set out to investigate the French penal colonies and was horrified and morally outraged by what he saw. It was during this voyage that he met Dieudonné and a strong friendship blossomed between the two men, based on great mutual respect and admiration.

ALBERT LONDRES REVISITED
After the success of Kersten, le médecin d’Himmler, Fabien Bedouel and Patrice Perna have embarked on a new collaboration. They have honed their art still further to create a cold and surgical account which unfolds in the heat of the equatorial jungle. Forçats is an uncompromising story which depicts a cruel universe.

Fabien Bedouel is a graduate of the Ecole des Arts Décoratifs. He made a number of short features before launching his comic book career. In 2010, in collaboration with Laurent-Frédéric Bollée as scriptwriter, he created the two volumes of Un long destin de sang (12 bis). In the same year he published with Merwan, Nury and Defrance the series L’Or et le sang (12 bis).

Patrice Perna left the world of journalism in 2006 to devote himself exclusively to the world of comic books. In 2010 he took over with Jenfèvre at the helm of the Joe Bar team for Volume 7. For 12 bis, he has also produced La Question de Dieu in collaboration with Laetitia Coryn.